Year of establishment or foundation of the organization:
1972

Brief history of the organization:
The history of the Judeo-Christian Studies’ Centre is closely related to the presence in Spain of the Congregation of the Sisters of Our Lady of Sion, who arrived in Madrid in the early 50s. It was in 1960 when a nun called Sor Esperanza initiated the first contacts with the Jewish Community in Madrid on the one hand, and with a number of non-Jewish intellectuals and educators on the other, seeking to work in cooperation against anti-Semitism that was already invading the mass-media. As a result of those first steps made, a basis was laid for founding an Institution which would celebrate and put into practice the Judeo-Christian Friendship.

From the very beginning of this Friendship, both the Sisters of Our Lady of Sion and the Christian President of the Foundation of Friendship, Father Vicente Serrano, realized that their work could not be limited to just one field of Jewish-Christian relations, but should also help fellow Christians deepen the roots of their faith by acquiring and broadening their knowledge of the sources and context of Jesus and of Christianity: the Jewish thought and religion.

On August 2, 1969, after various meetings and consultations, the Archbishop of Madrid gave his approval to opening a “Centre for Jewish Studies”. Later on, on September 21, 1972 Cardinal Tarancón, out of his will for the diocese to put into practice the Nostra Aetate Declaration, established the Judeo-Christian Studies’ Centre as a diocesan institution, entrusting its management to the Congregation of Our Lady of Sion. Ever since, the Judeo-Christian Studies’ Centre has developed its activities in a variety of fields.

Where is your organization based?
Madrid, Spain. 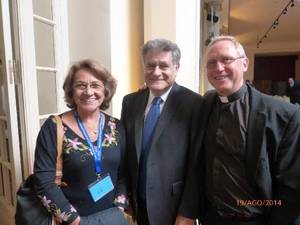 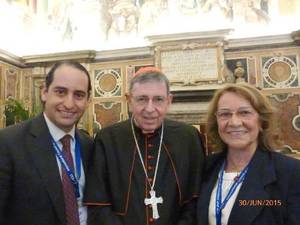 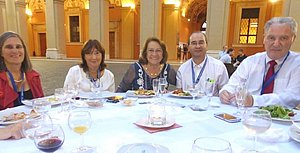 Main focuses/areas of your work:
The purpose of the Judeo-Christian Studies’ Centre’s activities is in line with the charism of the Congregation of Our Lady of Sion, and is inspired by the decisions adopted by the Second Vatican Council; in accordance with the statement Nostra Aetate No. 4, they take place in the context of an ongoing dialogue and cooperation between the Church and the Jewish people, based on the following principles:

1. Promoting mutual understanding and esteem between Christians and Jews, based on common spiritual heritage, through biblical and theological studies and fraternal dialogue, in accordance with the declaration Nostra Aetate that emanated from the Second Vatican Ecumenical Council (Text of the Statutes).

2. Deepening the roots of our faith by trying to learn about the Jewish people, their ideas, customs, festivals, and religious rites out of which Christianity began to develop. Acquiring such knowledge requires prior learning of the Holy Scriptures, along with studying the Tradition of their exegesis, which Christian religion is deeply rooted in.

3. Approaching modern Jewish people of nowadays, seeking mutual understanding, dialogue and coexistence to thereby amend for the damage of the prejudices and establish a sincere brotherhood. 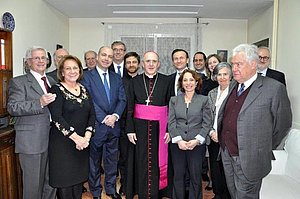 How often does your organization meet?
Monthly

Events regularly sponsored by your organization:
Yearly courses:
All our courses are officially backed by university credits transferable to San Dámaso University in Madrid. Our academic year begins every October and lasts until June. The inauguration and the closing ceremonies include master classes by keynote speakers.
Every year, our courses focus on a different subject (related to such issues as Jewish culture, liturgy, the Bible, philosophy, literature, customs, etc.), seeking to improve and deepen the Jewish- Christian relations. Every Wednesday a two-hours class is imparted by renowned lecturers and professors from such academic and public institutions as the Complutense University of Madrid, the University of Salamanca, the Ratisbonne Pontifical Institute in Jerusalem, the Comillas Pontifical University, the Jewish Community of Madrid, the Ibn Gabirol Studies’ Centre, the Bar Ilan University, etc.
In recent years we have dedicated our courses to the following topics:

Hebrew courses:
Since 1970, classes of Modern Hebrew and sometimes of Biblical Hebrew are held at our Centre. These courses are taught by an Israeli lecturer holding a University Degree in teaching Hebrew as a Foreign Language obtained at the Rothberg School of the Hebrew University of Jerusalem. Classes of Hebrew are offered for all language levels, from beginners to advanced (Alef to Vav).

Hispano-Israeli Symposia:
Since 1974, the Judeo-Christian Studies’ Centre has collaborated in organising twenty Hispano-Israeli Symposia, which have been taking place alternately in Israel and Spain. These symposia fostered scholarly encounters between Spanish and Israeli researchers and intellectuals. The last one was held in 2010.

Tours and trips:
The Judeo-Christian Studies’ Centre offers organised tours to Israel to broaden and deepen the knowledge and understanding of the Land of the Bible and the people who inhabit it. We also organise yearly trips to those cities where there lived Jewish communities before the Expulsion.

Does your organization have any regular publications (in print or online)?
Since 1972, the Judeo-Christian Studies’ Centre has been publishing a bimonthly magazine, containing the most important and relevant events related to Jews and Christians.
Since 1977, the Judeo-Christian Studies’ Centre has also been publishing a biannual journal called “El Olivo - Documentation and Research for the Judeo -Christian Dialogue”: a scholarly journal of recognized academic impact in Spain and abroad. “El Olivo” (Nº 82) was published in last winter (December, 2015).
Both this journal and all scholarly activities of the Centre are scheduled and managed by the Board of Directors, in accordance with the Statutes of our Institution. 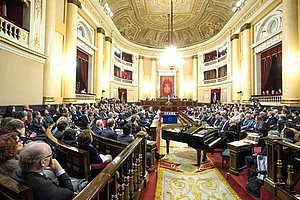 Briefly describe your organization’s relationship to the ICCJ:
The CEJC is member of International Council of Christian and Jews (ICCJ) where it takes part actively in its projects on a global scale, being in tune with all the worldwide works and activities between the Church and Judaism.

What is the greatest challenge your organization faces at the moment?
Principally the ignorance and lack of interest of the Spanish Church (hierarchy) for the Judeo-Christian dialogue.
Also it turns out to be difficult to create interest on the topic between active Catholic people.

Has your organization figured in any published material such as newspapers, books or blogs?
Books:
In collaboration with the Publishing House “Riopiedras”, our Centre has published several books over the last years. Here is a representative selection:
* C. Raijk, Toward a Christian Theology of Judaism
* Serrano, Ionel Mihalovici, The Sources of Jewish Thought
* Esperanza Testemalle, Is God Silent or Absent?
* Esperanza Testemalle, Jewish Contribution to the Church
* Ionel Mihalovici, Jewish holidays and practices in the Talmud and Jewish Tradition. Guidelines for the proclamation of the Word of God
* Catholicism and Judaism. The dialogue between Jews and Christians: 40 years after Nostra Aetate: a Selection of John Paul II and Benedict XVI’s writings, Madrid: Planeta, 2005.

(It has been the Judeo-Christian Studies’ Centre task to collect for this book all the relevant official documents by these two Popes regarding the relations of the Church with the Jewish people. This volume also includes all the discourses John Paul II addressed to Jewish communities, as well as Benedict XVI’s messages concerning the Jewish people, as well as the Pope’s involvement in the Synagogue of Cologne. Finally, the book also publishes the Declaration “Dabru Emet”, and a speech of the Chief Rabbi Toaff delivered in 1986.) 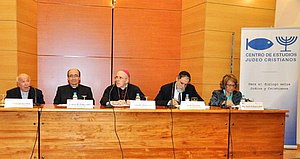 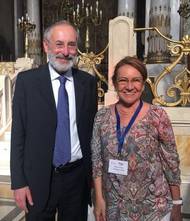 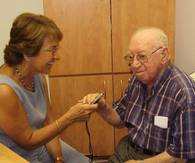