Year of establishment or foundation of the organization:
In August 1962

Brief history of the organization:
After World War II, the Jewish community coming from Germany organized itself in São Paolo, Rio de Janeiro and Porto Alegre, and there was also a Jewish presence at several universities. There was an interest in learning about Judaism, and this is how Catholics, Protestants and Jews first came to meet with the shared goal of sitting together and trying to understand what had happened in Europe during those terrible years. This was the foundation on which the Christian-Jewish Fraternity Council was created in 1962. The function of the Council is to create understanding between Christians and Jews, and to share activities and programs with each other. 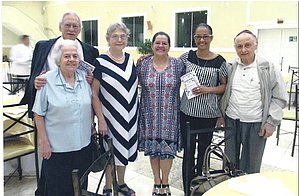 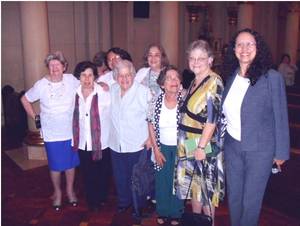 Main focuses/areas of your work:
- Celebrations such as our Ecumenical Passover Seder and celebration of Shavuot/Pentecost and Chanuca/Christmas.
- Trips to visit the Holocaust Museum in Curitiba (the only one in Brazil)
- Conferences, classes and debates with invited rabbis, clergy and other professionals.
- Kristallnacht Memorial conference.

Which audiences do you work towards?
Academics; Grassroots; Young professionals; Retired professionals; Clergy; Students.
Our audience is holistic, ranging from academics to elderly, lay-leaders to clergy, students to professionals.

How often does your organization meet?
Once a month.

Events regularly sponsored by your organization:
Yearly courses:
- Celebrations of Christian and Jewish holidays
- Conferences, classes and meetings with clergy and lay-people.

Does your organization have any regular publications (in print or online)?
Lately we have no publication other than the translation of the 12 steps of Berlin, which we give out at every activity we have and every class we give at universities.

Has your organization figured in any published online material such as newspapers, books or blogs, databases?
Tribute to Cardinal Odilo Scherer promoted by us:
https://www.conib.org.br/arcebispo-de-sp-cardeal-dom-odilo-scherer-e-homenageado-pelo-conselho-de-fraternidade-cristao-judaica/
http://www.arquisp.org.br/noticias/cardeal-odilo-pedro-scherer-recebe-o-premio-fraternidade

Is your organization active on Social Media platforms? If yes, which ones and how can one reach you there?
Yes, we are on Facebook at :
https://www.facebook.com/CFCJsp-Conselho-de-Fraternidade-Crist%C3%A3o-Judaica-de-S%C3%A3o-Paulo-101657078006936/ 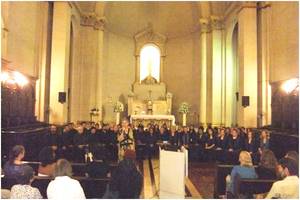 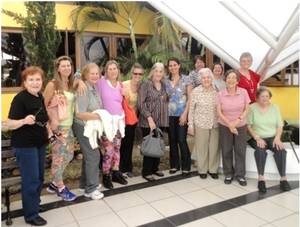 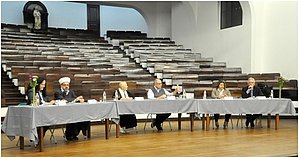 Briefly describe your organization’s relationship to the ICCJ:
To every annual conference we try to send one or more delegates, who give us reports about the conference, conclusions, the people they met, etc.
During the year we read what is sent to us at our monthly meetings.
Yearly we pay our fees.

What is the greatest challenge your organization faces at the moment?
In São Paulo we try to be known and respected, as we participate in several interreligious activities and appear in the newspapers once in a while.
Our dream is to bring together other interreligious groups all over Brazil, which was a reality in the past, but not anymore.

Has your organization figured in any published material such as newspapers, books or blogs?
None other than the translation of the 12 steps of Berlin.

Website of your organization:
We currently do not have one. 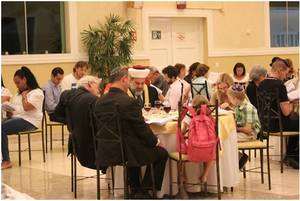 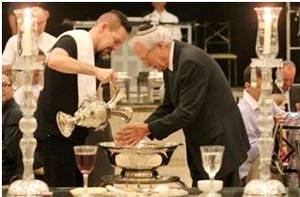 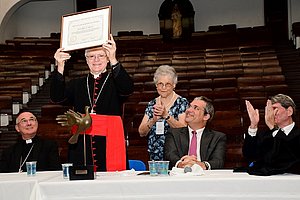 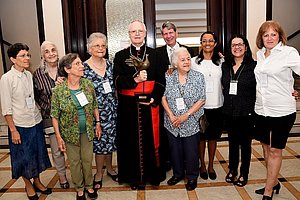 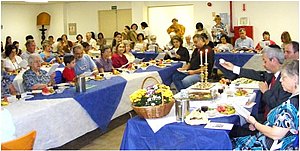