Year of establishment or foundation of the organization:
Confraternidad Argentina Judeo Cristiana was constituted as a non-profit civil association on May 16, 1995.

Brief history of the organization:
As a result of several waves of migration, Jews were settling in Argentina in general and in Buenos Aires in particular. As early as in 1860, a small community formed, the Congregación Israelita de la República. By the late nineteenth century, Eastern Europeans were arriving in Argentina, fleeing the poverty and pogroms of Europe. In the years 1906 to 1912, the wave of immigration increased significantly, comprised of mainly Ashkenazi Jews but also some Sephardi Jews. By 1920, Argentina was the home of more than 150,000 Jews. The next major influx came as a result of the tensions and subsequently the war in Europe. Between 1930 and 1949 Argentina received 35,000 refugees fleeing war and persecution. During this time there were however also Jews leaving Argentina, some 45,000 individuals. During the economic and political crisis of the late twentieth century, many more left for Israel. According to numbers in 2006, there were approximately 250,000 Jews living in Argentina.

The Jews arriving in Argentina met a traditionally Catholic society, and while some found ample opportunity to settle, find work and practice their faith and customs, other suffered prejudices and anti-Jewish violence. The latter is linked to a complex web of misconceptions and attitudes that was cultivated by some institutions as part of a cultural heritage. During the years of state-commissioned terrorism, anti-Jewish sentiments known from the nineteen twenties were finding new expressions.

From this climate, initiatives arose, as some individuals wanted to seek a new understanding and trace new paths. Between 1976 and 1988, meetings took place that sought to build bridges of mutual understanding and strengthen the common ground. Rabbi Reuben Nisemboim, Sister Alda (Ntra. Sra. De Sion) and priest André Bacqué were among those involved. The motivations of this group of people were various, aiming at different levels of Jewish-Christian dialogue. Some had to do with promoting respect and mutual understanding, others wanted to fight discrimination or address joint social action.

Some promoted joint prayer and sharing the liturgical life of the other faith, while some focused on studying the scriptures and the “messianic question” and the figure of Jesus of Nazareth.

The protagonists of these initiatives were not exempt from caricature and prejudice, and many of them tell of their ambiguous experiences. Some Catholics, educated in a traditionalist environment, took some time in shedding old prejudices. At the same time, some Jews were overcoming a sense of rejection and maginalization, making this experience a part of their reality but not comprising their entire reality. Mutual understanding and meeting the other in “flesh and bone” arose as ideals of the Jewish-Christian dialogue taking place in Argentina. People were slowly weaving solid bonds and overcoming obstacles of dialogue, and a need for a more structured organization was forming. With the patronage of the Congregation of the Sisters of Our Lady of Sion, the B’nai B’rith of Argentina and the Latin American Rabbinical Seminary, the Confraternidad Argentina Judeo Cristiana was founded, with a steering committee composed of Jews and Christians, a structure that is still in use.

Number of members (approx.):
The Executive Committee consists of 10 members who are responsible for organizing activities in our various areas of work. They also collaborate on a regular basis with other institutions and people committed to Jewish-Christian dialogue, such as the Abrahamic Form .

Where is your organization based?
Our organization is based in Buenos Aires, however, because of financial reasons, we have no official headquarters. 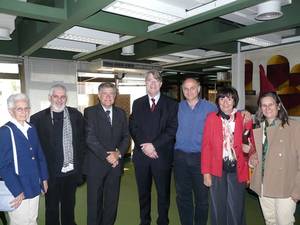 How often does your organization meet?
We meet monthly.

Events regularly sponsored by your organization:
Meetings and conferences held at various universities, colleges, churches and synagogues, as well as celebrations of Jewish and Christian holidays. The topics of the academic meetings vary, from topics such as anti-Semitism and discrimination to community issues such as health questions and elderly individuals experiencing loneliness.

We organize peace-prayer meetings named “The Spirit of Assisi” since 10 years, which bring together various religious affiliations and world views in prayer for the benefit of the world. 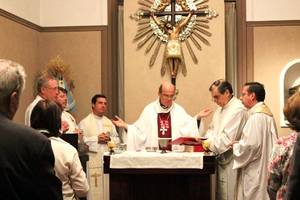 Briefly describe your organization’s relationship to the ICCJ:
We have a cordial relationship with the ICCJ, and it was an honor for us to be able to host the 2014 international conference. We made some very good friends and we were able to show visitors the real Latin America. A big drawback however is the language, and we encourage and call for Spanish translations of material.

What is the greatest challenge your organization faces at the moment?
We seek to promote dialogue between religions for the purpose of sincere and deep mutual understanding. Our work is reflected in a decline of anti-Semitism. Financially we do face problems, as we do not receive funds and have to keep our expenses to a minimum.

Has your organization figured in any published material such as newspapers, books or blogs?
http://confraternidadjc.blogspot.com.ar
and see also:
http://dialogo-ciudadano.com.ar

Website of your organization:
We currently do not have one; however we do run a blog: http://confraternidadjc.blogspot.com.ar 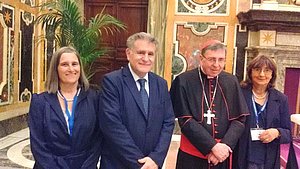