Dr Pavol Bargár, ICCJ Second Vice President and Co-Chair of this year's conference planning committee, provides a reflection on some of the themes and issues the conference in Hungary brought up. 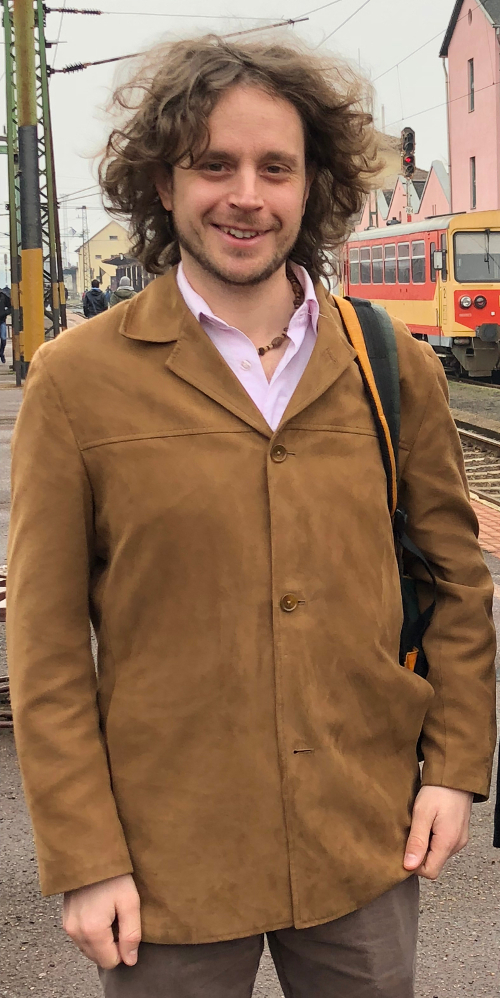 The conference theme was “Towards Reconciliation in a Broken World: Jewish and Christian Contributions to Responsible Citizenship.” And it was indeed apparent from the keynote presentations, most of the plenary sessions, and some of the conference workshops that the multifaceted brokenness of our everyday reality and the history of past hurts that peoples carried, especially given the European context and memory in which the conference took place, needed reflection and healing / reconciliation. Overall, the invitation to people involved in inter-religious dialogue, especially in Jewish-Christian dialogue, to engage as responsible members of our respective communities and societies and to seek reconciliation was a clear point upon which the conference focused. The papers and discussions oscillated around these issues. They also succeeded in showing a clear connectedness between them, and, in several instances, illustrated how to engage in authentic dialogue on the topic.

Like some of the previous ICCJ annual meetings, this conference showed again that liturgy is an experience that has the potential to provide a climate for Jewish-Christian (or, more generally, interfaith) dialogue. Liturgy embraces the two-fold dynamics of God’s action for the sake of people and the creation. It also reflects the constant human quest for the divine. Because of these two important aspects, liturgical worship can link spirituality and religiosity to other spheres of human life. Conceived as ritualized action or dramatic performance, liturgy can further serve as a hermeneutic tool to grasp the complex reality of the conditio humana. All this became very clear especially in the first plenary session when the speakers explored their respective appreciations of liturgy to shed light on the comprehensive nature of reconciliation from Jewish and Christian perspectives.

Given the conference theme, one could have expected that the ICCJ annual meeting would have been more political in one way or another. Indeed, the feedback received from the participants after the conference indicated that for some people it was too political – while for others, ironically, it was not political enough. While it certainly is not – and does not seek to be – a political organization or advocacy group, the ICCJ as an agent fostering inter-religious dialogue must deal with some issues and topics that are of political nature. I would argue that this is a good thing. Otherwise, Jews and Christians as people of faith will appear to either retire from the public sphere, assuming a quietist position or, alternatively, run the risk of compartmentalizing their lives into separate spheres.

Reconciliation as a central focus point of the conference is undoubtedly one of those notions that is both religious and political. Naturally, it is important how we define politics. In the field of theology and religion, I suggest, it can be useful to adopt a broad view, understanding the political as everything that relates to public life, in contrast to a more common view of politics as the professional administration and governance of a country. Politics also has theological implications. In the words of statesman and philosopher Tomas Garrigue Masaryk, who was also the first president of Czechoslovakia (1918 – 1935), political life is but a more modest part of spiritual life. Adopting this view, one of the roles of the ICCJ could then be to use resources from the Jewish and Christian traditions to provide perspectives on the topics that are of both religious and political import that members of the ICCJ family, and, ideally, the broader public, could make use of in their own contexts.

Also, as with some of the previous ICCJ events, this conference addressed, albeit briefly, the opportunities and challenges posed by social networks and modern communication technologies. This issue especially surfaced in the plenaries on responsible citizenship and religious belonging.
In the future, I think the ICCJ will need to face at least two tasks regarding modern technologies:
First, we shall need to explore more thoroughly how we might use their immense potential to connect and mobilize people. I suspect this goes beyond the mere user-mode functions to discover creative and innovative ways how modern technologies can be employed in an interfaith context. It goes without saying that such a step involves competent and committed people who will assume the role of discoverers and facilitators for the new mode of interfaith engagement.
Second, some serious thought will need to be given to the perception that social networks and modern communication technologies very often appear to be superficial. The phenomenon of so-called “social bubbles”, with people belonging to one of these “bubbles” having hardly any interaction with the people of different opinion, exacerbates the situation. Although this phenomenon no doubt existed before the “Facebook Age”, the possibilities and limits of modern technologies seem to make the situation more intense and acute than ever. This poses a major challenge to interfaith dialogue and cooperation.

There were a number of the conference papers that seriously dealt with the issue of the brokenness and fragmentariness of the world in which we live. These papers were most helpful. They thematized the experience of brokenness and offered a hermeneutical framework for understanding the (broken) relationships between the Divine and the human and, especially, among human beings in various contexts. In this context reconciliation must necessarily include the healing of memories and relationships. Our respective faith traditions have resources that can help individuals and communities in this pursuit. It could perhaps have been emphasized more vocally that such healing and reconciliation must also include the human – non-human creation nexus.

Furthermore, reconciliation and the healing of relationships must also involve sincere dealing with one’s past. In this respect, as a conference organizer I must admit that the issue of history was not addressed as adequately as we had originally envisaged, especially with regard to the First World War centenary. This was an important historical context for our conference and could have been a center-point of reflection. Unfortunately, this was a missed opportunity.
Another aspect that could have perhaps been accentuated more robustly was the rootedness of Hungary and the Hungarian situation in the larger Central and Eastern European context. Even though this was partly achieved, especially in some sessions (e.g., the plenary on responsible citizenship), the conference could have explored this facet further. Such reflection leads one to realize again and again that all interfaith endeavors are – and should intentionally be – thoroughly contextual which has local and global dimensions.

All the reflections above point to the fact, I believe, that the ICCJ should continue to be a platform for interfaith dialogue in a way that brings together various dimensions of human life.
In addition to the obvious issues that explicitly relate to Jewish-Christian dialogue and cooperation, this involves

Overall, thanks to its international richness, the variety of discussed topics, and the opportunities it offered to engage in authentic dialogue, the 2018 ICCJ conference in Budapest and Kecskemét was a successful one, and it provided its participants with a lot of inspiring thoughts to take back home to their local Jewish-Christian groups and projects.