The ICCJ congratulates its British member organization, the British Council of Christians and Jews (CCJ-UK) on its 75th anniversary that has been worthily celebrated by a multifarious all-year program.

Report on Some Highlights by Elizabeth Harris-Sawczenko, Director of the CCJ-UK 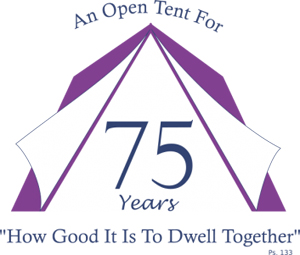 This year CCJ-UK is celebrating its 75th Anniversary. CCJ is the leading nationwide forum for Christian/Jewish engagement in the UK. Founded in 1942, at the height of the Second World War and the Holocaust, by Archbishop William Temple and Chief Rabbi Joseph Hertz, the aim was for Jews and Christians to meet together, to understand each other a little better and to recognise the humanity in the other. Since then CCJ-UK has grown into a nationwide network of 30 active branches around the UK, complimented by a dedicated professional team that run national programmes in Education, Dialogue and Social Action - for Rabbis and Clergy, Community leaders, Students, Policy makers, CCJ members and for those of all faiths and none. The message of CCJ is as relevant today as ever: Calling on people of faith to use our diversity to challenge prejudice and persecution together so that we can build strong communities that live in dignity, understanding and fellowship.

In October 2017 CCJ-UK launched its 75th anniversary. The theme of the anniversary year is “How Good It Is To Dwell Together” derived from Psalm 133. To mark the year CCJ published a special edition of Common Ground including greetings from all CCJ Presidents. CCJ also made a short film to document its work in Education, Dialogue and Social Action:

The year began with a residential members’ conference including guest speakers, CCJ President Rabbi Joseph Dweck, Senior Rabbi of the Spanish and Portuguese Community, as well as His Eminence Archbishop Angaelos OBE, the first Coptic Orthodox Archbishop of London.
In November 2017, CCJ led the 11th cohort of Christian Clergy to Jerusalem, for its unique Yad Vashem Seminar and launched a new alumni network for participants of the programme that included a onference at the National Holocaust Centre in Nottingham as well as an event with Holocaust Survivor Eva Schloss MBE and author Phillipe Sands QC.
In March 2018 CCJ held the first national conference for Rabbis and Clergy from 16 Christian and Jewish denominations and launched a Rabbi/Clergy action network, that enables its members to work on social action initiatives together in local communities.
In May 2018, CCJ led its third study tour for Christian and Jewish leaders to Israel and the Palestinian territories, which is fast becoming one of the most talked about initiatives in the field.
CCJ’s Campus Leadership Manager also trained the largest cohort of student leaders to date, who were active throughout the year on 7 campuses around the UK, through our campus leadership programme.

CCJ local branches also ran outstanding events throughout the year in every corner of the UK.
The year will conclude at the AGM with an address by CCJ President Chief Rabbi Ephraim Mirvis, Chief Rabbi of the United Hebrew Congregations of the Commonwealth.

After 75 years CCJ-UK has proven that its message and mission is relevant and important in every generation. In a fractured world where there are increasing signs of prejudice and division, our work in bringing communities together, to learn about one another, to talk to one another, even when those conversations are sometimes difficult, and to put those conversations into action to try to shape a better reality, is more vital than ever.