Report on a day of study and reflection at ICCJ's member organization, the Amitié Judéo-Chrétienne de France (AJCF), in Paris 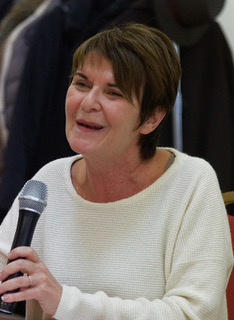 On November 12th, 2017, approximately 50 delegates of the French Amitié and their partners of the IEFR (Institut d'Etudes du Fait Religieux) spent a whole day studying, reflecting and discussing the Seelisberg event, and both the Seelisberg and the Berlin documents.

After a detailed historical talk about Seelisberg by the President of the French Amitié, Jacqueline Cuche, the Ten Points were discussed in small groups with experienced moderators. Our workshop discussed the points relating to the accusation of deicide. Even though we still come across that accusation occasionally, we now have forceful and recognized arguments to counter it. It makes one realize in a very concrete manner that we have come a long way.

The afternoon started with a lecture about the difficulties "Seelisberg" stumbled upon, when the project was first carried out, and how these may have impaired the reception of the Ten Points.
The French perspective was of course at the heart of this communication: the language issue, the cultural difference between what appeared an Anglo-American universalist perspective and a French more specific attitude in view of a rise in racial antisemitism right after the Shoah. The resoluteness of Chief Rabbi Kaplan and Chief Rabbi Szaffran to remain in dialogue despite the somewhat prudent attitude of Catholic counterparts was noted. French historian Olivier Rota gave a very detailed and outstanding presentation that will soon be published in Sens, the publication of the French Amitié and on the French website (www.ajcf.fr).

I was invited to speak about the Berlin document and stressed the second part of its title: A Time for Recommitment.
I chose Point 4: To pray for the peace of Jerusalem, and recognized as I always do, how beneficial it is to be able to rely on this very well formulated point that covers so many aspects of the often difficult and yet indispensable discussion of Israel, Palestine, Zionism and its antagonist.
We dedicated some time to the necessity to reexamine Christian and Jewish liturgy in view of the new relationship between us and discussed how we could ensure that our liturgy mirrors the new path our relations have taken.

Jean-Francois Bensahel concluded with the observation that since we, Jews, are no longer in ghettos and no longer stateless, we are now able to forge a new identity that should reflect our extraordinary encounter with Christians.

A final discussion with all the participants touched on the nature of dialogue as eventually sharing understanding, memory and love for one another.