It is with pleasure I write this greeting to you. To become the President of the ICCJ is both an honor and a great responsibility. I have followed the work of ICCJ for more than three decades and been a member of the Swedish CCJ, Samarbetsrådet för judar och kristna, as long. 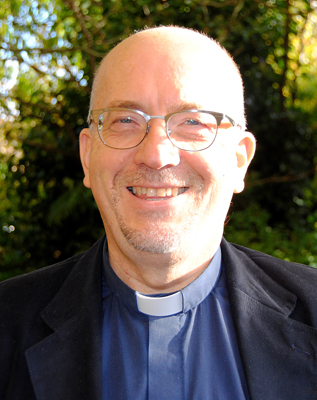 I hold a Doctorate Degree in Systematic Theology, and was ordained as a minister in the Church of Sweden, an Evangelical Lutheran church, just over 30 years ago. I have served as a Vicar, and in August I will assume office as Dean of the Diocese of Lund, a small city with a large cathedral – once known as the Jerusalem of Scandinavia.

To me, dialogue between Christians and Jews should, as the Swiss theologian Karl Barth once wrote, not be characterized as an interreligious dialogue, but rather an ecumenical one. I like to view the relationship between Jews and Christians as one of siblings, rather than a mother-daughter relationship. This was touched upon in Bonn last week, when the fall of the second Temple was named the most important reformation of Jewish practice and beliefs. At the same time, a new movement grew which was later identified as and named Christian. Even though Rabbinic Judaism and Christianity can be said to be as old, it also needs to be said that Christianity added interpretations that go beyond their shared heritage, beliefs that we know have contributed to a history that shows a divide between siblings, full of misunderstandings, hatred and contempt.

The mission statement of the ICCJ and its member organizations is just as important as it is vast. It was mentioned in Bonn; and this is encouraging – that more positive development has taken place in the relationship between Christians and Jews since Seelisberg 70 years ago, as during two millennia. Still, most of the work remains to be done. In order to continue this journey, we need to work together. My aim as President is, together with the Executive Board, to create the needed conditions for the organization to fulfill its mission statement, and to maintain an atmosphere of trust, hope and creativity. The climate needed for siblings to further get to know one-another.

Let me point out some concrete themes that need to be developed further. It is crucial to keep developing a pedagogical material while assessing and examining the existing material critically. We need to connect to more traditions, both within Judaism and Christianity, to broaden and extend dialogue and the dialogue community. This also includes Islam and trilateral dialogue, within the framework of the International Abrahamic Forum and the Young Leadership Council. There needs to be vital and encouraging communication between member organizations and the ICCJ, but also between individual organizations, to foster learning and inspiration by the many promising and important initiatives taking place around the world. We have recently seen a very encouraging development in Latin America, where members of the ICCJ find strength and inspiration through a regional cooperation. Last, but certainly not least, we need to encourage historical, theological and cultural studies within the field of Jewish-Christian relations. This needs to be done in cooperation with scholars worldwide. Without input from the scholarly world the efforts of dialogue will lose steam and eventually run out of fuel.

To fulfill these and even further goals, I invite you, come work with me!