It is with deep sorrow that we announce the sudden passing of Dr. Victor Goldbloom, of Montreal, Canada, a former President of the ICCJ and one of our Honorary Presidents.

Victor would have turned 93 this summer and was planning to attend our conference in Philadelphia. He died of a heart attack on February 15th. He is survived by his wife of the past 67 years, Sheila; and their three children, four grand-children, two great-grandchildren, and his brother.

Victor was a true public servant and community leader. By profession a pediatrician, he served as the first Jewish cabinet minister in the province of Quebec, a minister of the National Assembly, and Canada’s Commissioner of Official Languages. For his pioneering work in inter-religious dialogue, he was proclaimed a Papal Knight in 2012,  one of the few Jews ever to be honored in such a way.

Victor served as President of the ICCJ from 1982 to 1990. He was also active in Jewish-Muslim dialogue in Canada. Our most recent memory of Victor’s involvement was in 2013, in Aix-en-Provence, when he led a large delegation of bilingual (French and English) Canadians, who built a true linguistic bridge among the participants in our conference. Victor’s aptly named autobiography, Building Bridges, was published in 2015 by his alma mater, McGill, through the McGill-Queen’s University Press.

We mourn Victor’s loss, extending our condolences to Sheila and the rest of the family. We will miss his intelligence and eloquence, his warmth and gentlemanly manners, his breadth of interests and talents.
May his memory be blessed. 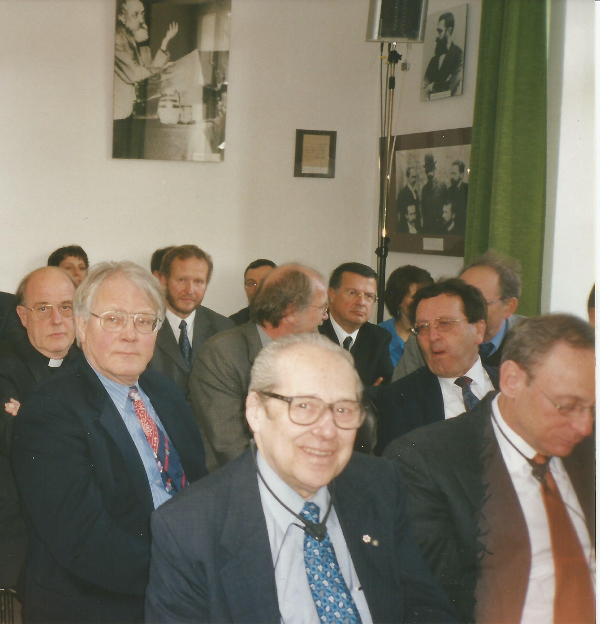 Victor Goldbloom at the Martin-Buber-House in Heppenheim, 2001