Co-sponsored by ICCJ's member organization, the Irish Council of Christians and Jews, the well-known and highly esteemed Dr Judith Banki offered an eyewitness' and insider's report on more than 50 years of Jewish-Christian dialogue.

(A report by Peter Admirand, Christian Co-Chair of the Irish Council of Christians and Jews) 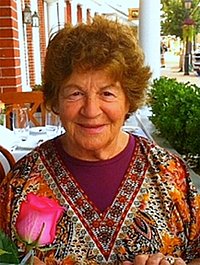 On February 25th, 2021, interfaith pioneer Dr Judith Banki led over 110 students, academics, and colleagues across Europe and America on her key role in what became the Vatican II document, Nostra Aetate in 1965. The talk was supported by the Irish Council of Christians and Jews in partnership with Dublin City University’s Centre for Interreligious Dialogue and part of the school of Theology, Philosophy and Music’s Theology, Religious Studies, and Philosophy Research Seminars. Dr Peter Admirand, the Christian Co-Chair of the Irish Council of Christians and Jews and the Director of DCU’s Centre for Interreligious Dialogue, organized and hosted the ZOOM talk.

In the Q & A that followed Dr Banki’s main talk, she also touched upon her ongoing engagement in interfaith dialogue and encounters, showing an envious amount of memory-recall and knowledge of the leading figures in the field both before Nostra Aetate and the subsequent 60 years since. Not surprisingly, comments from students, the academic community, and members of the International Council of Christians and Jews stressed how much of an honor and privilege it was to hear her. Ray, a 3rd year student studying to be a post-primary teacher wrote: “The lecture was fascinating, especially when you think that she was a top table player through such a historical event. Her humility and willingness for progress stood out to me - this is an innate trait that one cannot be taught but is something everybody worldwide could work on.”

Likewise, Kaz, an Erasmus Student from Lithuania studying this term in Ireland, remarked: “Judith not only worked towards building a bridge which would allow for a conversation between groups of different religious backgrounds…but also broke the mold, which was incredibly brave of her. Judith put herself in a situation where she was making a change…As Judith said, she was told ‘A woman can’t do this job’, but she came out as a very strong woman who is to this day passing on her stories which help us all be more tolerant and open minded today.”

Numerous comments in the ZOOM chat also praised her for giving an “inspiring” lecture, many from those who are also pioneers and leaders in the field. Dermot Lane commented: “A wonderful lecture. The enduring power of a faithful witness. Thank you,” while Sister Celia Deutsch wrote: “Thanks so very much, Judy. You are an inspiration to so many of us!”

Please note:
The views, opinions, and conclusions expressed by the author(s) of this article do not necessarily represent the views of the ICCJ, its Executive Board, or its national member organizations.